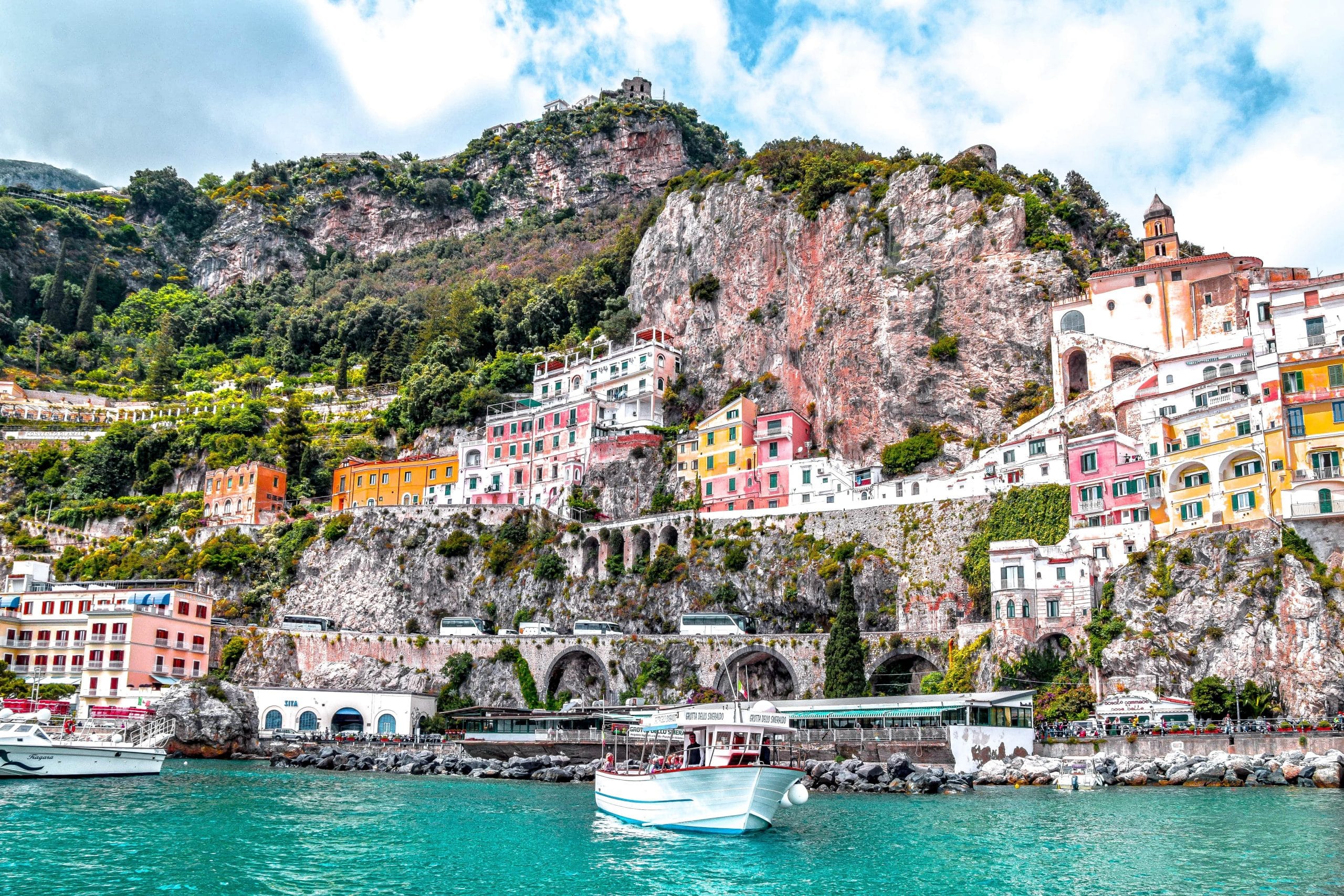 Best Places To Visit In Italy 2023

Italy is an incredibly beautiful country, so it comes as no surprise that it is on top of most people’s bucket lists when it comes to places they want to visit. That’s why we have put together a list of all the best places to visit in Italy.

We bring you all the must-visit places in Italy

You already know that Italy is your next traveling destination, but now you’re wondering what places you can visit there. As a country rich in history and culture, Italy has so much to offer to its visitors, no matter what region of Italy you visit. From breathtakingly beautiful nature, UNESCO World Heritage Sites, art, and architecture, to fantastic food and lovely people. Italy truly is an amazing country you need to visit at least once in your life.

Top 12 Places To Visit In Italy

We have put together the ultimate list of the best places you can visit in Italy. Read all about some of the most beautiful and exciting cities, towns, and attractions you need to visit on your next Italy trip.

Also known as the Eternal City, Rome is a must-visit city in Europe. Currently the capital of Italy, Rome was also the capital of ancient Europe throughout history. And because of that, it’s filled with an abundance of art and history.  Rome is home to some of Europe’s most iconic landmarks and monuments, from Trevi Fountain to the majestic Colosseum.

There is an abundance of things to see and do in Rome. The Capital of Italy is also a great city if you’re visiting Italy for the first time, because you can book some fantastic day trips from Rome and explore more of this beautiful country. And one thing you should definitely do when in Rome is book a guided Colosseum tour. One thing is sure, once you visit the Eternal City, you’ll definitely want to come back.

Continuing on the topic of Rome, once you’re in the capital of Italy, you should not skip out on visiting Vatican City. Also known as the Papacy and the world’s smallest city-state, the Vatican is home to one of the world’s most impressive art collections. You should definitely dedicate one day to visiting the Vatican and exploring Vatican Museums and Sistine Chapel. Book your Vatican Tours in advance and see the stunning ceiling painted by Michaelangelo in person.

Cinque Terre is located in the La Spezia province of Italy, and it’s made up of a string of centuries-old coastal towns – Manarola, Riomaggiore, Monterosso, Corniglia, and Vernazza. These five towns were formed as medieval fortified settlements, each protected by a castle overlooking the sea. Cinque Terre is famous for the colorful houses that make these hill towns so distinct and picturesque.

Cinque Terre is one of Italy’s most famous regions known for its mesmerizing coastline, beautiful beaches, iconic colorful houses built on the cliffs overlooking the sea, and typically Italian cuisine. Trattorias serve seafood specialties along with the Liguria region’s famous sauce – pesto.

The city of Florence is the capital of the Tuscany region. The city is known as the cradle of the Renaissance and is home to numerous masterpieces of Renaissance art and architecture. There is no denying that the Duomo is one of its most iconic sights, a cathedral with a terracotta-tiled dome designed by Brunelleschi and a bell tower built by Giotto.

The Galleria dell’Accademia displays Michelangelo’s “David” sculpture. The Uffizi Gallery exhibits Botticelli’s “The Birth of Venus” and da Vinci’s “Annunciation.” Florence has another famous landmark, Ponte Vecchio, the first segmental arch bridge built in the West, crossing over the Arno River, and considered an engineering marvel of the Middle Ages. If you decide to stay in Florence, we recommend you visit surrounding villages and towns like San Gimignano.

A city full of things to see and do, Pisa is one of Italy’s most exciting cities. The prominent spot in town is the Leaning Tower, but the city is a vibrant college town with plenty of other spots worth a look.

The city of Pisa is definitely worth your visit. If you’re staying in the Tuscany region of Italy, make sure to incorporate a visit to Pisa on your list of things to do.

Book Your Full-Day Small-Group Tour From Rome To  Florence and Pisa Right Away!

Located in Southern Italy, right at the toe of Italy’s boot, Sicily is the largest Mediterranean island. Its rich history can be seen in sites such as the Valley of the Temples and the well-preserved ruins of seven monumental Greek temples in the Doric style. As well as the Byzantine mosaics at the former royal chapel in Palermo – Cappella Palatina. Mount Etna is one of Europe’s highest active volcanoes, and it’s located on Sicily’s eastern edge.

Sicily is also home to ancient Roman and Greek ruins, breathtakingly gorgeous beaches, and picturesque towns. This beautiful island is definitely worth your visit! See the ancient historical sites, taste the local cuisine, and spend your days enjoying the beautiful beaches of Sicily. 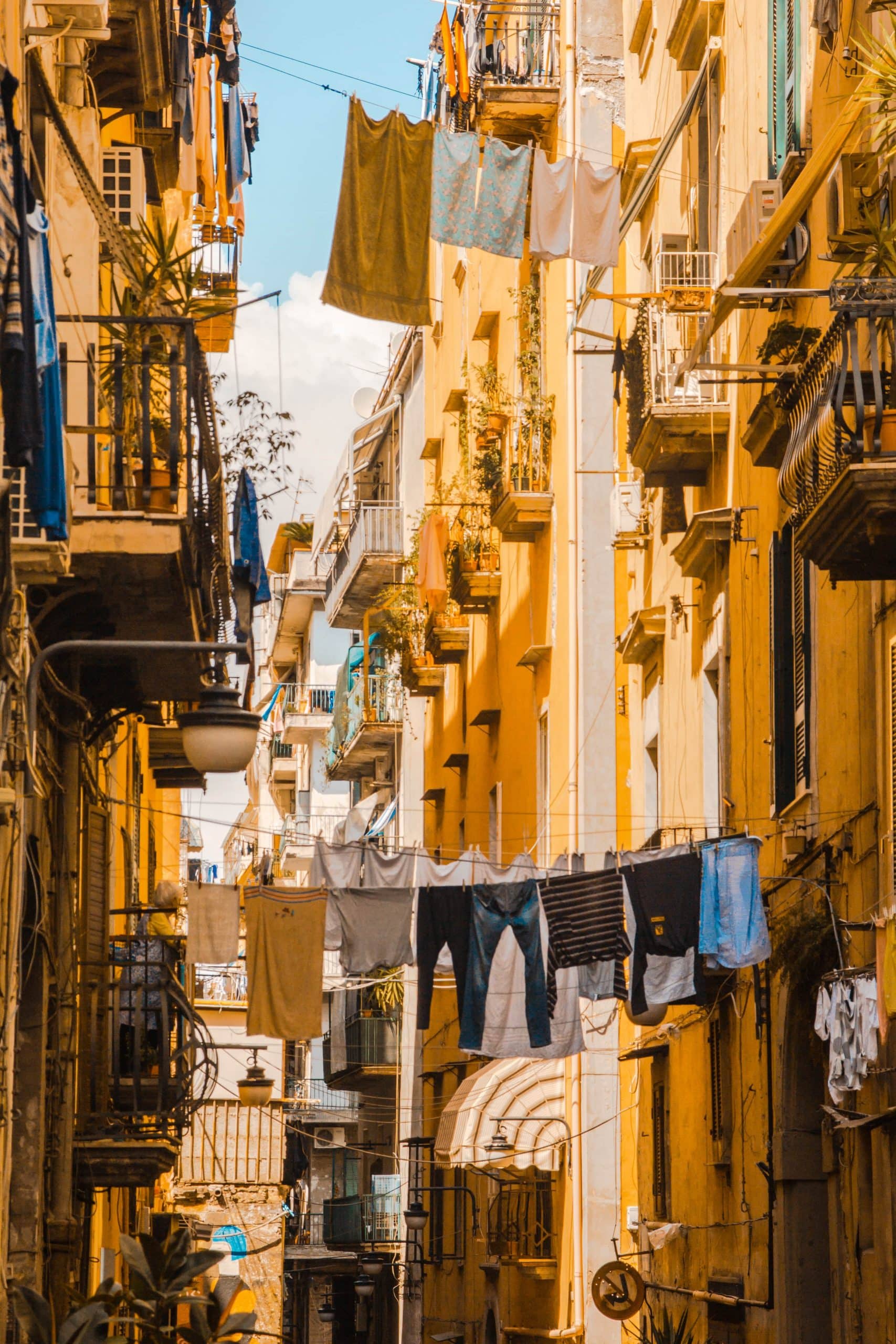 Naples is located on the Bay of Naples, near Mount Vesuvius, the still-active volcano that destroyed Pompeii during the Roman era. Naples has centuries of art and architecture dating back to the 2nd millennium B.C.

The city’s cathedral, the Duomo di San Gennaro, is filled with frescoes. Other landmarks include the lavish Royal Palace and Castel Nuovo, a 13th-century castle. Naples is also famous for being home to the staple food of Italian cuisine – Pizza.

The historic center of Naples is one of Italy’s most authentic and unique places, despite being quite rough around the edges—maybe because of it. Moreover, attractions such as Pompeii, the Amalfi Coast, and Capri and Ischia islands are super easy to visit from Naples.

Pompeii is Italy’s most famous and vast archeological site. The ancient city of Pompeii was a thriving and sophisticated Roman city until it got buried during the catastrophic volcanic eruption of Mt Vesuvius in 79 A.D. Visitors can freely explore the preserved site and excavated streets and houses. If you’re a history buff, this is one place in Italy you don’t want to skip out on visiting.

Capri is a beautiful Italian island located in the Bay of Naples on the Amalfi Coast of Italy. The island is a popular traveling destination because of its lovely nature, stunning coast, beautiful rugged landscape, and excellent shopping experience. One of the most popular attractions on Capri island is the Blue Grotto – a sea cave famous for the blue reflection of the sea that illuminates the cavern and leaves you in awe.

Venice, also known as the “City of Canals” and “The Floating City,” is one of Italy’s most panoramic cities. Venice is a top-rated traveling destination with its winding canals, beautiful bridges, and striking architecture.

This beautiful city is built on hundreds of small islands in The Adriatic Sea lagoon. Venice has no roads, only canals lined with Renaissance and Gothic palaces – including the Grand Canal.

Some of Venice’s famous attractions are the St. Mark’s Basilica, located on the Piazza San Marco, the city’s central square. Rialto Bridge and the Bridge of Sighs. As well as the Campanile bell tower from which you can enjoy stunning views of the city’s red roofs.

Book a Day Trip From Rome to Venice!

The Italian Lake District comprises five lakes stretching out across Northern Italy just north of Milan near the Alps. Lake Como, Maggiore, Lugano, Isea, and Lake Garda are the five lakes making up the district. Each of the lakes is uniquely beautiful and has its character making this beautiful region of Italy worth your visit.

The Italian Lake District is home to postcard-perfect towns and has an incredibly romantic atmosphere, good weather, and naturally fantastic food inspired by Austrian and Swiss cuisine. Experience the most dramatic mountain scenery and visit the peaks of the Dolomiti Bellunesi National Park. 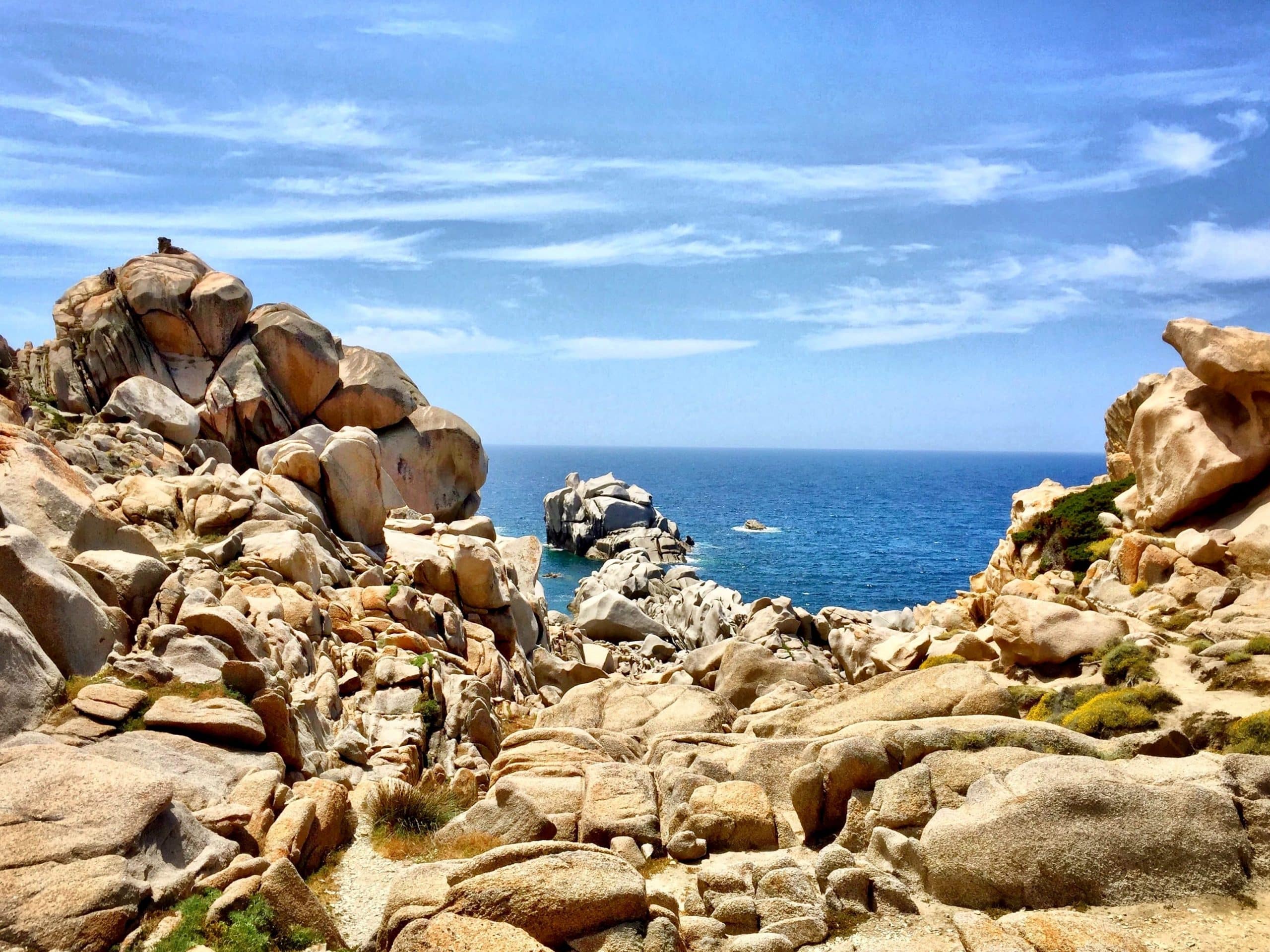 With nearly 2,000 kilometers of coast, Sardinia is the second-largest island in the Mediterranean Sea. It’s no surprise that this island is well-loved as a top summer destination since it’s famous for its beautiful sandy beaches, pristine clear sea, and mountain interior with plenty of hiking trails. One of the most famous places in Sardinia is Costa Smeralda, famous for its resort and beaches.

If you are looking for a destination that combines beautiful nature, stunning beaches, historical sites, and outdoor adventure, Sardinia is one of the best places you can visit in Italy.