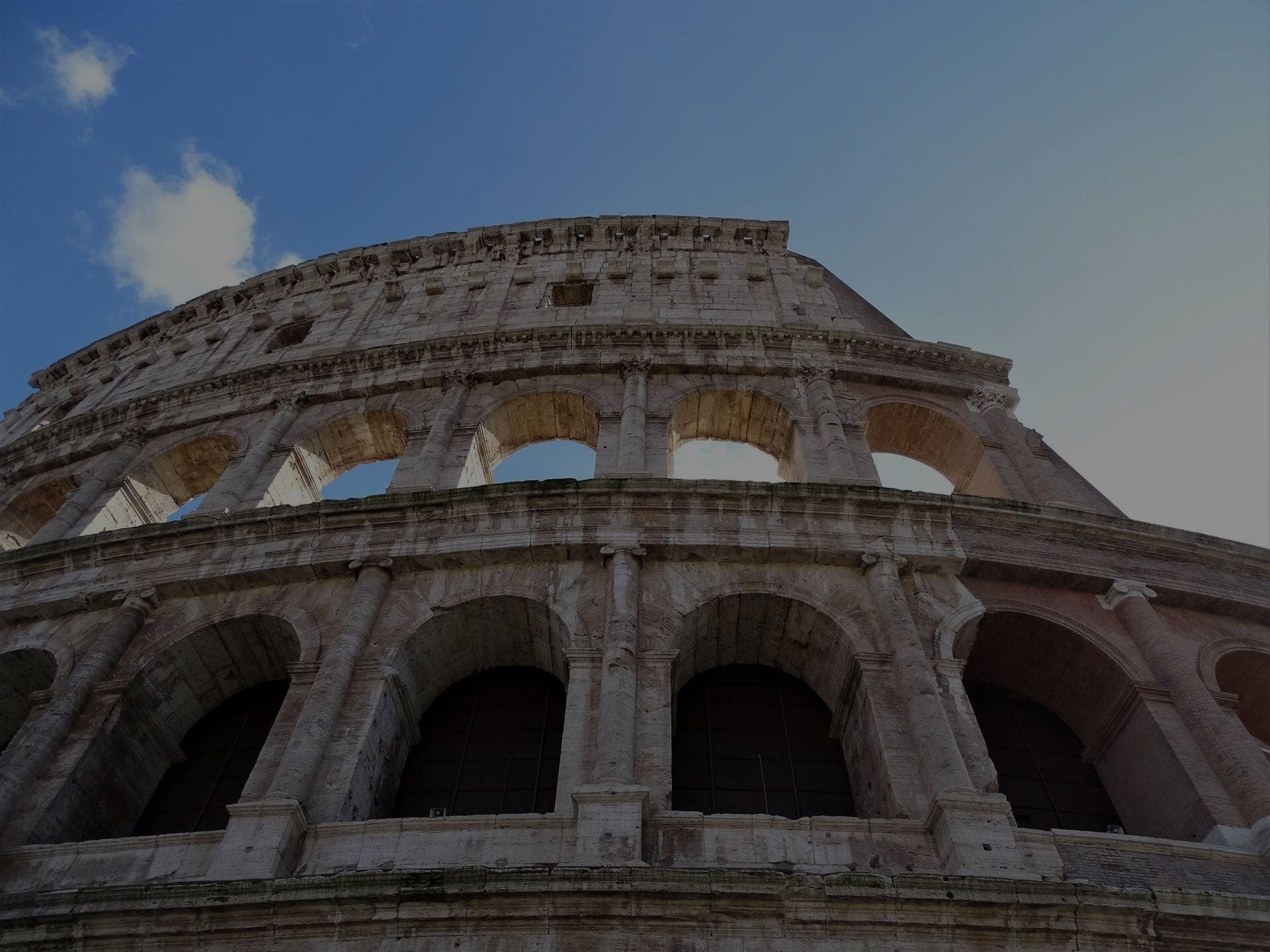 Colosseum is an elliptical shape building with a short axis of 156m, and a long one of 188m. It stood 50 meters high, 190 meters long, and 156 meters wide. The structure of the Colosseum was built of several different materials: travertine blocks were used for load-bearing pillars, and external walls, stairs, and radial walls were constructed from blocks and bricks of tufa. Arches and vaults supported the structure solidly. According to some calculations, the Colosseum could accommodate between 50,000 and 80,000 spectators. It had 80 entries and exits, 76 of which were used by ordinary citizens, while the remaining four were intended for the emperor, political and religious authorities, and the protagonists of the spectacles.

As with stadiums today, everyone who entered the Colosseum had a ticket corresponding to the number above one of the entry gates. The ticket also indicated obligatory pathways led to the tiers of seats. The public seating (cavea) was divided based on a social class. The cavea was divided in 5 sectors which were seperated by corridors. The seats closest to arena were reserved for senators. Knights and other social categories occupied the upper stands, while the highest sector, also known as summa cavea, was intended for the plebs.  The complex was designed not only to control the crowds, but to keep them comfortable. It had 110 drinking fountains and two restrooms large enough to accommodate a packed house.  The Coliseum even had a retractable roof. On hot days an awning called a velarium was unfurled above the upper deck to shade spectators from the Sun. It was operated by sailors from the Roman Navy who were stationed around the top of the Colosseum’s arcade. The Arena floor was wood covered with sand. Bellow Arena was hypogeum, a extensive grid of tunnels and  corridors as well as cellars  which are still visible today in the middle of the construction. Cellars were used as chambers for the gladiators, slaves, weapons, equipment needed for the games and the cages for the animals. Construction contained lifts operated by pulleys and ropes which led directly to the arena through the trap doors. Read more about Colosseum history. If you want to buy the Colosseum tickets, we have the best deals here.

Want to Learn more? Book Your tour now & get the best price!

Explore The Best Colosseum Tours
from
€46

There was many other buildings around Colosseum which were linked to games. On the east side there was a famous training school for gladiators, called Ludus Magnus. The school was connected with Amphitheater with underground corridor to allow gladiators easy access.  Several other schools were also placed in the same area: Ludus Matutinus – training school for fighters and animals,  Gallic  school and Dacian School. Some of the other supporting buildings nearby were the Spoliarium, a place where bodies of dead gladiators were disposed. Armamentarium used for weapons storing, the Summum Choragium, where machinery was stored an the Sanitarium, which was used to treat wounded gladiators.

Book Your tour now at special price and let us tell you more interesting stories!