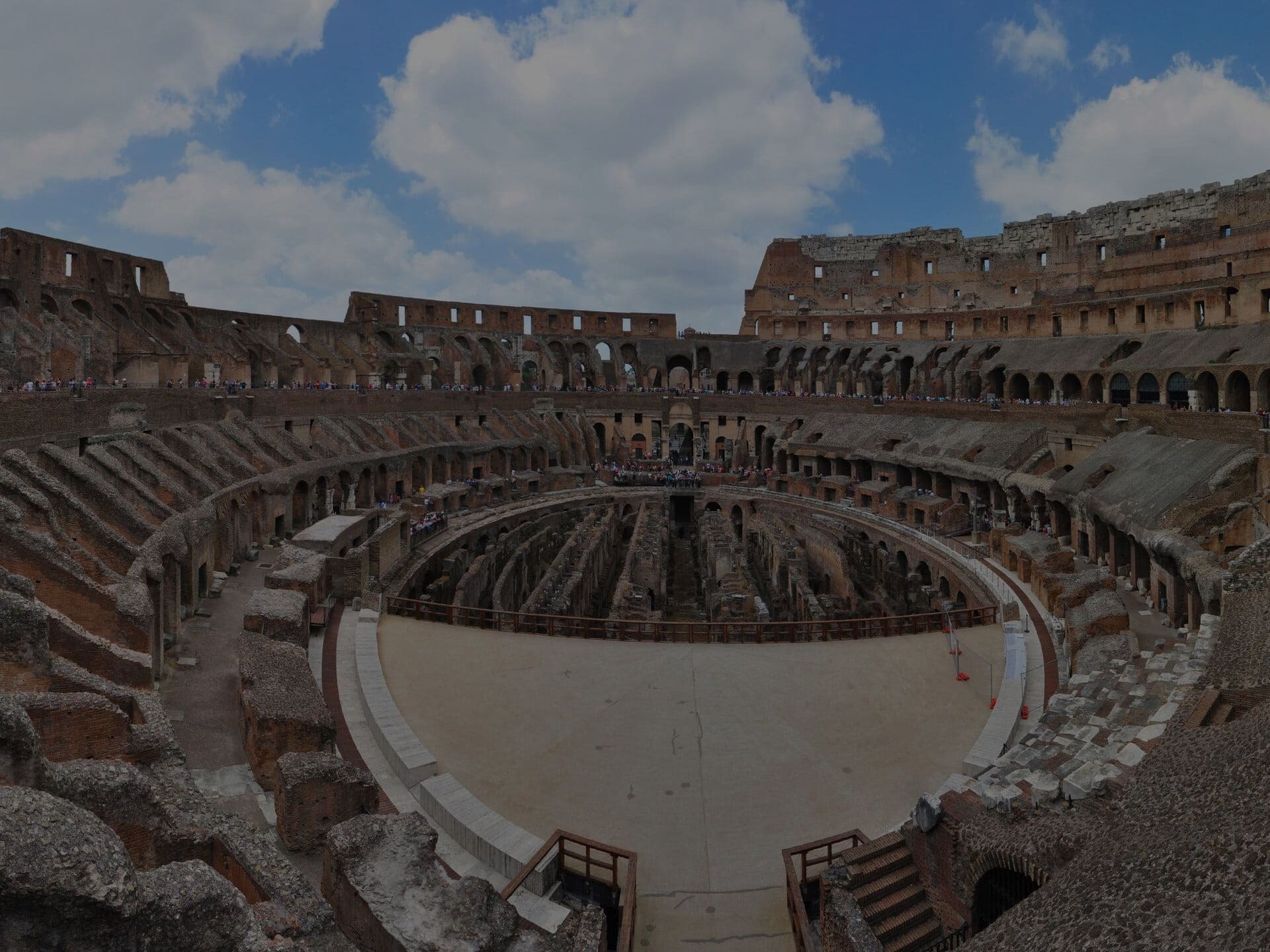 History of the Colosseum

The location of the Colosseum is in the heart of the city of Rome in Italy. Also known as the Flavian Amphitheater, it is an oval-shaped structure, the largest ever built.

Who built the Colosseum?

Construction of Colosseum began under the rule of Emperor Vespasian around 70-72 AD. By the time of his death, in 79, it was completed up to the third story. Vespasian son Titus completed the construction in the year 80. It underwent several changes during the region of Domitian, also known as the Flavian, and was therefore called the Flavian Amphitheater.
The construction of the Colosseum was financed from spoils taken during the Siege of Jerusalem. Jewish prisoners undertook the majority of the manual labor . But for the more specialized tasks, Emperor Vespasian hired a team of professional Roman artists, painters,
builders, and engineers

Where is Colosseum located?

The Colosseum is in the valley between Palatine, Esquiline and Caelian Hills. In an area that had previously been part of the imposing Domus Aurea, a complex built by Emperor Nero, after the Great Fire of Rome in 64. The Domus Aurea palace was surrounded by pavilions, gardens, and porches, with the colossal bronze statue of Nero, commonly known as “Colossus of Nero“ in the vestibule. Although the majority of Domus Aurea was destructed, the Colossus was preserved and eventually moved on a place outside the Flavian Amphitheater. It is believed that the name Colosseum originated from the statue of Nero. You can see the Colosseum location map here.

What was Colosseum used for?

The primary purpose of the Colosseum was to satisfy the public enthusiasm for games and spectacles.

The Colosseum was built primarily for hosting gladiatorial games as well as for other various events. The games, also called “munera”, were typically organized by private individuals rather than the state – first as the religious ceremonies and after as the demonstration of family prestige and power. They became very popular due to political reasons. Romans from aristocratic class organized games for the plebeians to get their favor (and the votes). Apart from “munera”, which represents a battle between two men, very popular were “venationes” which set men against animals. For this purpose, a vast number of animals were imported from Africa and kept in the Colosseum Undergound. The gladiators were free Romans, slaves, condemned criminals, or prisoners of war. In case that gladiator won several fights, he had the right to ask the emperor for his liberty. As a sign of the accepted request, the fighter would get a wooden sword, which represented his liberty and a promise that he would never have to fight again.

Colosseum was not used just for Gladiator contests

Beside gladiator contest, the Colosseum was often a place of open execution performed in a way inspired by the mythology.  Beasts would eat convicts, or they would be burned to death. Also, in the Colosseum were held executions, dramas based on Classical mythology, mock battles, and re-enactments of famous battles. For a mock sea battle, the Colosseum would be flooded with water. It is assumed that a hydraulic pump was used to flood the arena quickly. On the other hand, Emperors usually organized shows to celebrate their victories in battles. One of the most famous was a Trajan’s celebration from 107 AD of his success in Dacia. Festival lasted for 123 days and involved more than 10,000 gladiators and 11,000 animals. If you want to visit check the best deals for Colosseum tickets here.

The shows at the Colosseum were held until the 6th century AD when the costs became too high to justify the expenses, and the public’s interest had changed.

Over the centuries, it has been reused for different purposes, even as a material quarry.

Today it is the symbol of Rome and one of the most visited archaeological sites in the world.

Our special Colosseum walking tours are available every day, all you should do is choose which time suits you the best.

get your guide originals

get your guide originals